I’ve been interested in photography since my early days in high school.  I took my first class, learning to develop black and white film in a darkroom, something that Anna (and her generation) will probably never experience.  I went on to work as a campus photographer in college, learning from my professor Andy Dorfman who studied under one of the greatest of all time, Ansel Adams.  I spent many long hours in the darkroom, often carrying the smell of photo chemicals on me around campus.

I remember the early days of starting Anna’s Gourmet Goodies and taking photos of our pies.  After showing some of them to a co-worker at SciQuest, who was our company photographer, he offered up direct and critical feedback that influences what we do today.  The photos I took were accurate, but not that appealing.  “You’ve got to take pictures, up close, with the product as the central focus of the photo.  You want to create a sense of drama with every shot”. 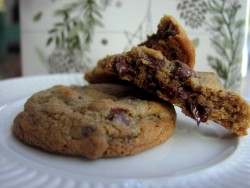 I’ve evolved in my product photography over the years but have never forgotten his advice.  Fortunately, we now live in the age of digital photography where I can see results instantly, instead of spending hours waiting for images to appear on paper.  I’ve tried tents, lights, different cameras, locations, etc.  It’s a process and one that I hope to continue to improve over time.  It is magic when that perfect combination of light, color and focus come together to capture a moment that makes an emotional connection between the person viewing the photo and Anna’s Gourmet Goodies. 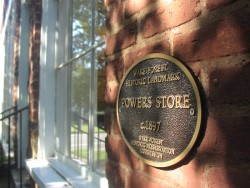 I needed to update a few of our product photos this year and reached out to the new owners of The Corner of Wake Forest.  It is a historic building originally known as The Powers Store.  It is one of the primary reasons that Debbie and I decided to live in Wake Forest, a quaint town on the National Register of Historic Places.  That’s the story you might not see in the photos.

It was at least five years before Anna’s Gourmet Goodies was even a concept.  We were living in Durham and working in Research Triangle Park, looking for a place to live that would be comfortable, not too far from city areas, and would be a good place to make a ‘home’.

We spent time driving around the small towns surrounding The Triangle area, as it is called.  On one trip to Wake Forest, we decided to stop into an ice cream store called ‘The Corner’, which was in the Powers Store building.  Worn wood floors, mis-matched tables and chairs scattered throughout the building made it ooze with character that only a historic building could create.  And there was a large ice cream case where a friendly face was there to help you sample anything you like and hand-dip the flavor of your choice.  It was like being transported back to a different time. 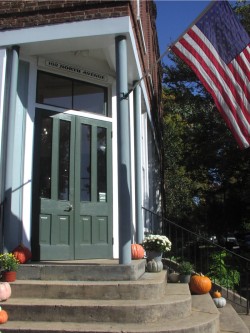 We ordered up a couple of different flavors and walked back outside to enjoy the ice cream and the town ambiance.  Standing on the sidewalk we noticed a young man, maybe five years old, standing by himself at the top of the stairs.  He had a big smile on his face, eyeing that large double scoop cone and preparing for the first bite.  He drew the cone to his mouth, took the first bite, and the entire stack of ice cream toppled over and landed on the concrete.  His expression immediately changed from joy to tears as he looked out at us and began to sob.

This was a different time and not seeing his parents close by, I walked up, opened the door, and calmly escorted him back to the counter.  I asked the person serving up the ice cream to replace it and I’d be happy to pay.  She smiled lovingly, re-packed the cone, and offered it to the young man, no charge.  I don’t remember exactly what I said to Debbie, but I do remember thinking that Wake Forest was the kind of place I wanted to call home.

When I reached out to Addison Harmen to ask if I could use The Corner of Wake Forest Event Center for product photos, she enthusiastically said, ‘Yes!’.  The Powers Store was opened in 1897 as a drug and general store.  It has been used as a Law Fraternity for Wake Forest College, a local bookstore, and prior to restoration and conversion, The Corner Ice Cream Parlor for thirty years.  Addison’s Mom, Mandy Fisher Sykes, purchased the property in 2021 and operates the venue for weddings, parties, family reunions and other special events.

Addison helped me find a time when the building was not in use.  Debbie put together a selection of the boxes and designs.  I baked up some cookies and packed up my digital studio. 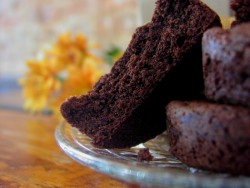 Taking product photos is much like any creative endeavor.  To do it well requires getting in ‘the zone’.  The Corner of Wake Forest is not only historic but has been lovingly restored into a beautiful event space that is warm and inviting.  I spent time scouting out locations and proceeded to setup areas to create images that would hopefully live up to the advice I received years ago from my co-worker.  I strive to create product images that not only evoke emotion, but perhaps will inspire someone looking at our products to imagine how Anna’s Gourmet Goodies might be a part of a story they’d like to create for someone by sending a gift of our cookies and/or brownies.

I wish I could download a photo of the young man on the steps and share it with you, but alas, I cannot.  It is vivid and a permanent part of my memory.  My hope is that now you know a little bit more about what is behind some of our product photos, that you too will remember that there is always more to the story than what we initially see.

And if you happen to find a gift of our hand-made cookies and brownies that might be the perfect addition to one of your stories, we’ll be happy to help make that happen.  While you might not see the reaction on the recipient’s face, it will most certainly be woven into the story.  The Corner of Wake Forest and the young man on the steps are now woven into the story of Anna’s Gourmet Goodies for you, making our product photos look even richer than before.  Especially now that you know the rest of the story.