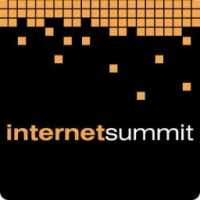 I’ve been going to the Internet Summit in Raleigh every year since it began. It’s a chance to not only hear from thought leaders and rock stars in the digital world, but to network with peers who are interested in learning more about the technologies that have infiltrated and changed our lives forever.

Anna’s Gourmet Goodies has been on the web since 2002. We’ve evolved over the years, allowing me to combine my technology skills and background with a passion for creating products that feed people’s soul. I love meeting people who know something I don’t and are willing to share that knowledge. One of the people I met this year is Melanie from Sisarina.

Melanie has a gift for engaging the audience with her authenticity and passion. Her company, Sisarina, is named after her imaginary childhood friend. I was drawn to her topic, which was different than some of the heavy technology being shared that day, “Rock Your Business – Stop Selling. Build a Club.” 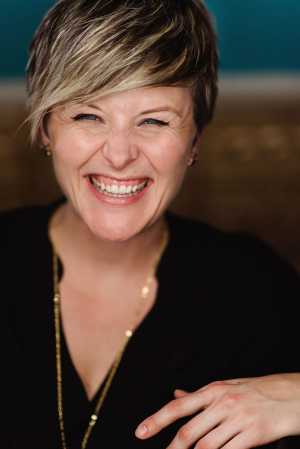 She used the example of Mini Cooper cars and how their marketing is focused not so much on the cars themselves, but the people who drive them. Apparently driving a Mini means you’re in the club. You wave at other drivers. You go on adventures instead of drives. It’s not about steel, rubber and petroleum products, it’s about the soul of the people behind the wheel.

Technology folks are famous for acronyms. I can’t tell you how many surveys I’ve taken where they ask what kind of business we are at Anna’s Gourmet Goodies. Are we a B2C (business to consumer) or B2B (business to business)? Melanie challenged all of us that we are neither. “You see”, she said, “we are all in the H2H business. Human to Human”.

What a simple and profound concept. I immediately thought about a recent experience I had meeting a new friend from the Ukraine. I was at Crossroads Infiniti and Yuri (the sales manager) was speaking with a client in Russian. My Russian has faded to a few words, but Yuri introduced me to the customer, whose name was Yuriy. He had recently moved to the United States and was there with his wife and his infant son, also named Yuriy.

I was in no position to try and speak Russian, but Yuriy was kind enough to practice his English. We talked about his coming to the US and their experience starting a new life here. The conversation moved to Anna’s Gourmet Goodies and our chocolate chip cookies. As an Infiniti customer, he absolutely loved them.

He described some of the cookies from the Ukraine and said that oatmeal raisin was very popular there and one of his favorites. He shared other treats and things about his culture. He was incredibly kind, respectful and I thoroughly enjoyed meeting him and his family.

Afterwards, I asked Yuri (the sales manager) to send me his address. I baked up a couple of packages of our oatmeal raisin cookies and sent them to Yuriy and his wife along with a brief note. I welcomed him to the US and confirmed what he already knew, that Yuri and the other people at Crossroads Infiniti were not just professionals, but really good human beings. 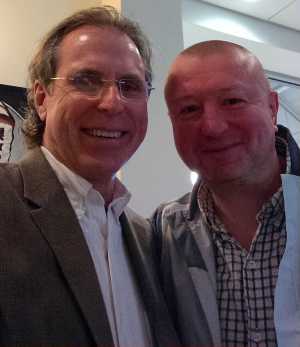 About a week later, I was in the dealership and Yuriy (from the Ukraine) was there with his wife and infant. He had brought in a bag of candies from Russia for me. He walked up and with a huge grin on his face, hugged me and thanked me profusely for my kindness. All I did was send him a few cookies, but it was clear that the impact and connection went way beyond that. I was overwhelmed and even got a little misty.

We send out cookie and brownie gifts to people every day. We hope the connections we make generates this type of reaction from the people who receive them. But we rarely get a chance to experience this side of the human connection. It had an impact on how I view our business.

Sadly, not everyone has heard Melanie’s message and understands they are in the H2H business. We lost an order this week to a technology company who is stuck in the B2B business. The admin who prepared the gift list, sent us the order without a person’s name for the packages, only a company. These were going to large companies and I asked if they were sure they wanted to do this. She said yes.

From our experience, we knew the packages would be delivered, but we would likely get a phone call from the recipients asking who the packages were for. The opportunity for the technology company sending the gifts, to make a human connection to their customer, would be lost. When I asked a second time, just to be sure, they went with another large cookie company who will simply take their money and ship the order.

I can’t think of a time when it is more important to be reminded that we are in the human to human business. Things get busy this time of year. We’ll be working hard to hand craft our cookie and brownie gifts, and make sure they get to the right destination.

But thanks to Melanie and Yuriy, no matter how busy we get, we’ll remember that we are not sending cookie and brownie gifts to an address or a business. We’re sending them to a human being. And if we create even a small measure of happiness and gratitude that I saw in Yuriy’s face and felt in his hug, then I’ll sleep well knowing we’ve hit our goal by creating something that lasts long after the package is empty – a human connection.